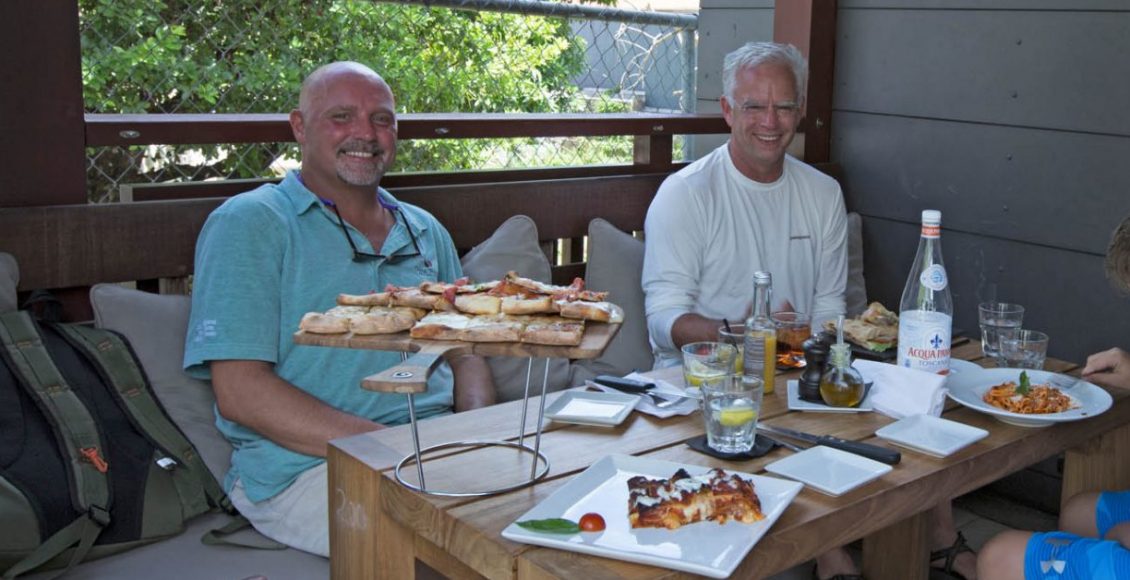 We all have people that we admire or look to when we need inspiration. These are people that come into our lives and leave an indelible mark on who we are, at our deepest level. And more often than not, they are unlikely aware of the influence they have had on you. I believe that the radiant forces of good in the universe bring you exactly what you need, at the very moment in which it can influence your growth the most. Based on that belief, I live my life and base my decisions on how I feel about the person or the situation, and always with a lens of “what is best.” Experience has taught me that abiding intuition can reveal opportunities of abundance beyond belief, but ignore it, even for a brief moment, and a door may close forever.

There is an abundance of freedom that comes from choosing this path, a great opening to experiences that most people will never know, but also a certainty that not everything in life is perfect. Balance is an essential part of everything—nature, relationships, finances, self-fulfillment, and faith—so in choosing this path
I know that with every rose will come some thorns.

I first met Eric Creed when he was running a marble and granite company. I was always amazed when we would sit and talk; a consummate conversationalist, his range of knowledge was exceptional. Eric held a juris doctorate, but had chosen not to be a practicing attorney; he preferred the business world where his days could be filled with the joy of helping people who were not already in crisis. A unique series of difficult and emotional events in my own life led me to realize Eric was there for a reason, and my intuition told me to offer him the editorial helm of Cityview.

Eric proposed a story to debunk the concept of Global Warming. I wasn’t very knowledgeable on the subject, and although I knew it was a potential powder-keg, I let him run with the idea; it felt right. In a fashion in which I have seen few others work, he systematically uncovered fact after fact that wasn’t being told to the public by the mainstream media. NASA reports saying that the planet was actually cooling, bevies of scientists that were publicly speaking against the concept, and lastly that the opening footage from the Nobel Prize winning documentary by Al Gore, An Inconvenient Truth, was fake. In fact, it was computer-generated imagery from the movie The Day After Tomorrow. It was the beginning of the perfect storm, well at least a storm of controversy.

We themed it the “green issue” and now well-known artist, Michael Watson, created the outfit for our own mother nature: a corset covered in leaves. The combination of that outfit and the flowers we wove into model Melanie Howe’s hair made for a stunning image. Then Art Director Shayne Ivy came up with the cover line, Blue is the New Green. The depth of the article, and the accuracy of the research caught the attention of national talk radio media, and Eric was interviewed multiple times on national shows. Our internet traffic went off the charts from thousands of hits per month to millions.

Eric wasn’t at the helm for long; a dream job offer led him westward to ultimately make a mark in the oil and gas leasing industry. It seemed like that no matter what Eric set his mind to, he was destined to be successful. We kept in touch, and when I learned he loved to sail it seemed fitting to invite him on a trip with my boys and best friend, Jimmy Chiarella, to sail for a week around the islands near St. Martin. The memories from that trip are wonderful: the delight of sailing, Eric taking his turn at the helm, cocktails shared at countless island tiki bars. It was on that trip that I got to really know the man Eric really was, and I was even more impressed.

So when I received a message from a mutual friend asking if I knew what had happened to Eric, I was heartbroken. What could have happened to my friend? It had only been days before that we had emailed talking about a book he wanted to write, and I suggested another that we should co-author. I was looking forward to the conversations and thinking, maybe, we should put together a sailing trip where we could discuss the details.

Why hadn’t I taken the time to call immediately when he reached out? Eric’s depression—of which I was unaware—had reached a level he could no longer tolerate, and I have been told he took his own life. The loss is devastating for all who had the good fortune to know him. This is not the first time suicide has taken from me someone I loved and left me with that vision each and every time I think of them.

If the pandemic has taught us anything, it’s that our relationships matter and we need to all make sure we take time to invest in them. You never know when a small act of kindness bestowed upon a friend might save their life. When your intuition says you should call, then set aside whatever else you have to do for a few moments and heed the flow of the universe, that is what is needed. I am so sorry that when that intuitive moment came, instead of calling Eric, I selfishly rationalized I was too busy that day. I’ll never know if it would have made a difference, but I do know it could not have hurt.

The world lost a great man, a son lost a father, and I lost a friend. I wish you well my friend, but I wish you had chosen a different path to leave.