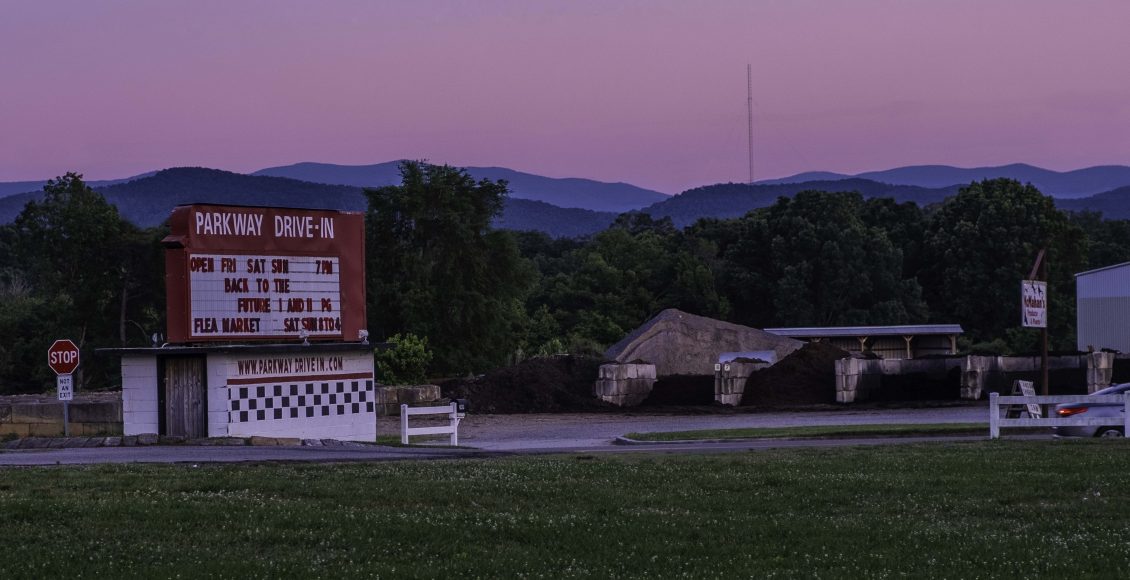 The historic details of the Parkway Drive-In Movie Theater in Maryville are sketchy even for owner Doug Freeman.

“I need to go to the newspaper archives and look it up, but I know it was here in 1950, maybe the year before.”

According to Freeman, there are only nine drive-in theaters left in Tennessee.

In 1999, the owner of the now closed Midtown Drive In theater in Roane County saw the Parkway, leased it, and returned it to its former splendor. “It had been sedentary for 15 years, from ‘84 to ‘99”, notes Freeman.

Maryville residents know the theater has been operating every summer since 1999. Passersby think of the place as the old drive-in that’s now a flea market on weekend mornings. Freeman also rents it for special events like birthday parties, graduations, and car shows in the off season, which coordinates with the beginning of football time in Tennessee. “Usually, when football season starts, I can’t entertain a big enough crowd here on Fridays… high school football is king around here”.

In a time when getting out of the house is something we all crave, this nostalgic experience brings us back to a more innocent era of sock hops, full-service filling stations, and soda fountains.

Movies run every Friday–Sunday nights at dark with a 400-car max capacity. To find out what’s playing, go to parkwaydrivein.com.