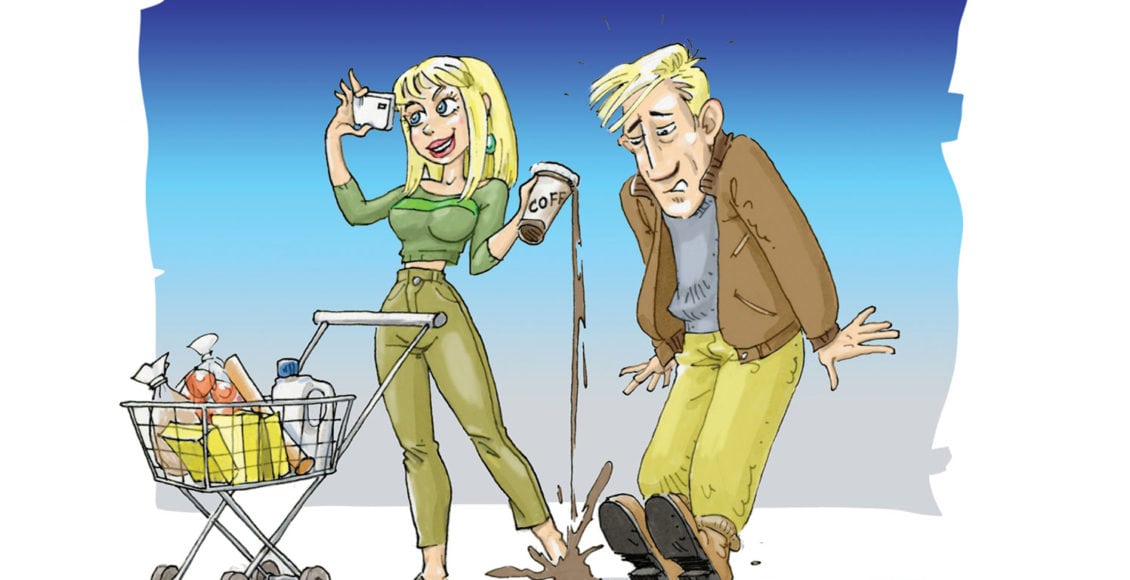 I keep hearing about “microaggressions,” and I’m worried that I might run into them—or worse, commit one without knowing it. Are they a real thing? What do you think about microaggressions?

Microaggressions are certainly a “thing,” most easily understood as stuff you say that makes people feel you’re denigrating them, even if you didn’t mean to. This appears to happen mostly in college. The Knoxonomist would argue, however, that they’re not so real as what you’re likely to encounter in life away from academia, especially when trying to explain to Mrs. Knoxonomist how one beer became an extended evening of touring Knoxville’s fine selection of breweries. In such cases, her aggressions are decidedly macro. When dealing with the social sciences, the Knoxonomist has a tendency to go on long rants, so he will try to be brief and relate a simple story in illustration.

A situation occurred recently when the Knoxonomist was, as is his custom in the early morning, minding his own business and observing human nature in line at a local bodega chain that has made its fortune selling milk, cigarettes, beer, donuts, and coffee to locals and commuters.

In front of the Knoxonomist was an assortment of folks on their way to work and school, including a young co-ed in her early twenties. She had an overgrown keychain, wallet, two power bars, and a 24 oz. cup of coffee mashed into her torso with her left hand, and was chatting into an iPhone held at chest level and arm’s length with her right. (The recipient of her chat was easily visible and audible to the rest of the 7:15 a.m., yet-to-be-caffeinated crowd.) As she reached a particularly animated part of her conversation, detailing the unique anguish of having to balance romantic anxieties with reading assignments, she raised the phone above eye level, cocked her head at an angle, and attempted to gesticulate in a rude manner with her left hand, all the while continuing to balance her possessions and purchases. The center would not hold, and the whole mass began a slow but inevitable forward progress toward the floor.

A fellow line-stander, who looked to be in construction or one of the trades, said “here, love, let me help you with that,” and offered his free hand in assistance. The Knoxonomist was impressed, his brain not yet having kicked into high gear enough to respond. But you would think time had stopped. The young woman gasped. Her friend on the other end of the line gasped. Her coffee pitched forward, soaking the pants of her would-be hero from the knee-down on its trip to the floor. The ensuing splash hit several others in attendance, including the Knoxonomist himself, who was grateful the hot liquid was several thousand degrees cooler than early 90’s, pre-lawsuit McDonald’s coffee.

“I’m not your love,” the young college girl spat out. “This is going on Microaggressions.com,” her online chat-mate said. The iPhone and its ongoing conversation was the one thing that had been preserved in hand, it seemed. Everything else was, well, all wet.

Gov. Bill Haslam: Political Options, but the Air Is Thin

Food Labels: Reading between the Lies