Overpacked for the Beach 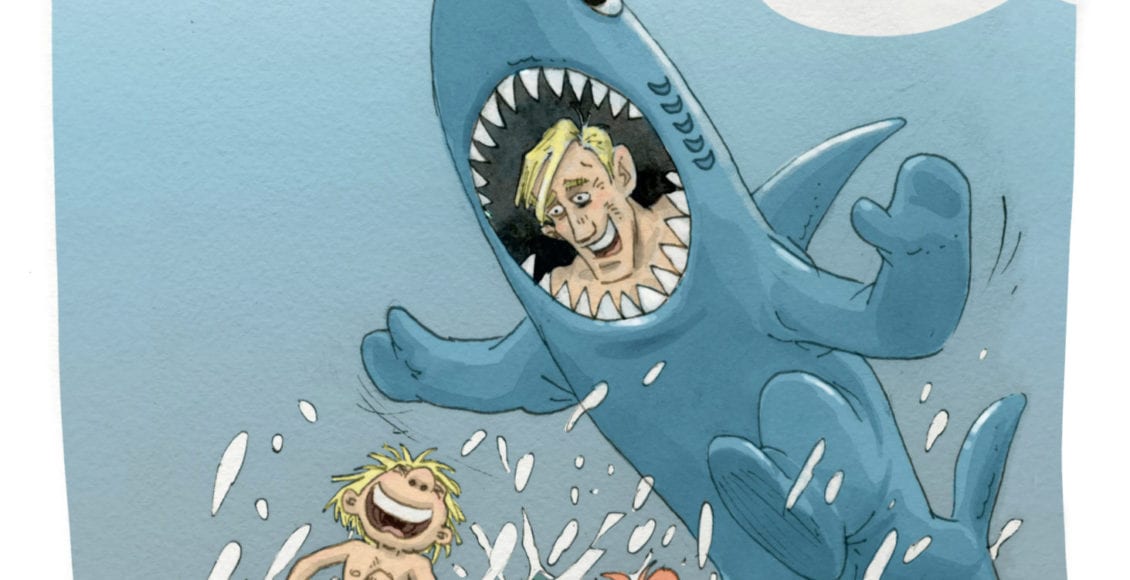 My brother, wife, and kids are planning a beach trip. I think they asked me primarily because I have an SUV to haul a bunch of useless junk they don’t need–inflatable animals, beach chairs, bicycles, coolers, and kid-sized surfboards. I’d love to go, but it’s starting to sound like such a hassle.

The Knoxonomist doesn’t claim to be an expert on urban beaches swarming with mindless tourists and their spawn, but if you decide to embark with your brother then you need to ask yourself a couple of questions. First, how much do you like your brother? Second, how much do you like crowded beaches?  A less than enthusiastic response to either means you should spend your week with your girl at a location far from Myrtle Beach.

The Knoxonomist and his wife generally prefer quiet locations where the Knoxonomist can do a little surf fishing, sipping on a cold adult beverage, while observing the local wildlife. But when the Knoxonomist was a kid in the 60s and early 70s, there were family trips where we set up tents on the beach, pumped Coleman stoves, and told stories about the Flying Dutchman at night. Now, these are the times that children form memories from which they will influence the next generation, so the Knoxonomist thinks it is your responsibility to guide these youth in their quest to adulthood.

The Knoxonomist believes that these children need some real excitement. Nothing like going on a Snipe hunt only to be lost and alone in the dark, or recruiting some of the other tourist children for a friendly game of capture the flag. No fancy toys required for that and having to face crying in the dark might do their overly entitled little behinds some good. The Knoxonomist and his brothers had a blast, and it wasn’t until he was much older that he realized that my folks were just trying to save money. Think of this as a chance to pass on some of your hard won values to the next generation.

You might also want to take the little ones on a walk along the beach. The Knoxonomist is certain that nothing gives cred like having wee ones in tow—they’ll love your wildly embellished tales on shells and sharks, and get hours of delight out of retelling these hard-won facts. The Knoxonomist also knows that women will recognize your virility by assuming these attractive little ones came in fact from your efforts; the fact is little kids are almost as good as dogs in this pursuit.

The Knoxonomist is not admitting to having participated or conspired to scare anyone, but has heard that it is great fun to take a plastic shark fin into the water and swim just below the surface. Freaking out other tourists equals good times and will totally endear you to your niece and nephew. Just be sure to swear them to secrecy; you don’t want to be lectured by your brother or his wife.

The Knoxonomist also recommends taking time to reconnect with your brother. Perhaps the two of you can sneak off leaving your sister-in-law with the little ones and share a nip of good bourbon. There is nothing better than a little good ole fashioned family time.