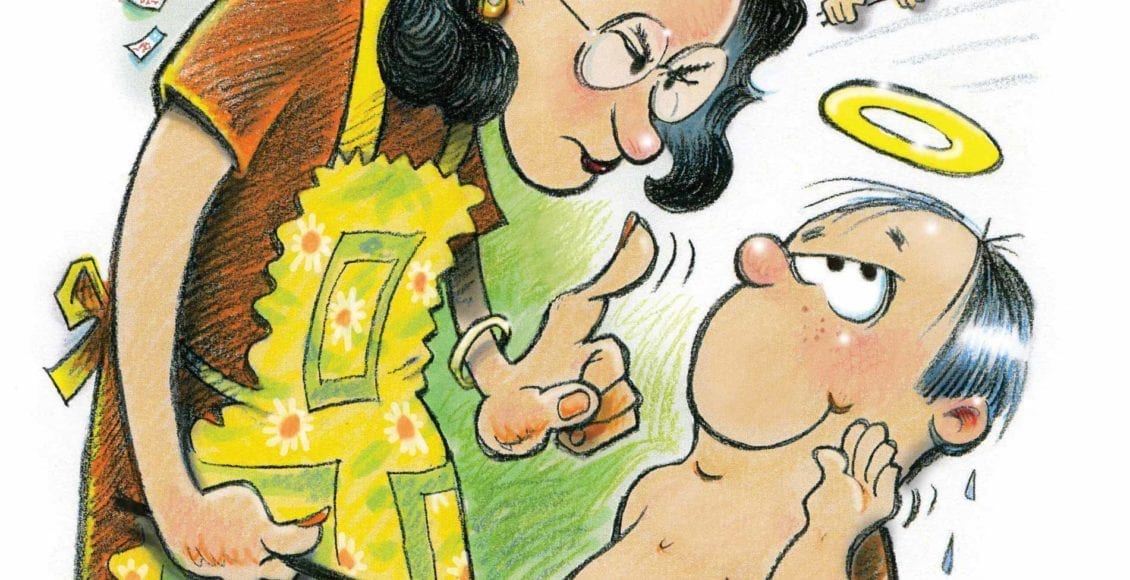 Encouraging Honesty in a Dishonest World

I want everyone to know that as a kid growing up in Knoxville, I was always opposed to corporal punishment. Unfortunately, at my house they didn’t give me a vote, and when I got in trouble my mother was very resourceful in her approach to discipline. Branches from the bushes next to my childhood home served her as a more than adequate arsenal.

I knew I was in trouble when my mother looked up from her plate of homemade lasagna and asked, “Bobby, did you have a towel today after your swim?” I knew I had done wrong, but in my mind it wasn’t a big deal. Even today, over 60 years later, I remember everything about the forgery and the lie.

During the summer of my tenth year, I was a proud member of the YMCA summer camp. At that time, the main Y on the corner of Locust and Clinch was the only one in town, and with boys my age I would play basketball and other games there and then have a picnic lunch in Tyson Park. In the afternoon, we would swim in the indoor pool at the Y, but for some reason we were not permitted to wear bathing suits. Why in the world would the YMCA make us swim naked? I never understood that and now, six decades and two college degrees later, I still don’t understand it. I think it had something to do with teaching the boys that all men are not created equal.

We were required to obtain a towel by paying a dime to the camp counselor for a small piece of paper with his initials, which we then exchanged for a towel to hide our nakedness after the swim. One day I didn’t have a dime so I found a piece of paper and scribbled what looked like the counselor’s initials and traded it in for a towel. As was explained to me later by my mother, that constituted a forgery. To me, it was just a clever solution to a temporary problem.

When I was questioned by my mother about the towel, I told her that I used a dime to obtain a ticket—and that was a lie. I might not have known what forgery was, but I did recognize a lie when I told one. LaVerne Pryor was a world-class cook and a master at cross-examination and carrying out stiff sentences for bad behavior. Through a close, sharp, and rigid cross-examination, she got the truth out of me and in the process taught me my first law lesson. She explained that I had not only committed a forgery, but, like Bill Clinton years later, had lied about it—and the lie was worse than the act it sought to conceal.

As was necessary from time to time, my mother asked me to go to the yard and find a switch. Now, in case you don’t know, a switch is a thin branch from a tree or bush that is highly flexible and at least two feet long. In the 1950’s, switches were commonly used in my neighborhood by parents when their children needed a whippin’. While I rarely required discipline, the lie about the towel was considered a qualifying event. I remember that the search for the switch was the worst part about a whippin’. Like going to the dentist, the anticipation of the punishment was worse than the punishment itself. The point is my mother impressed upon me the importance of telling the truth and that it was wrong to make a misrepresentation to gain an advantage.

My father was a gentle soul and thought that all solutions should be thoroughly discussed, and that the embarrassment of doing wrong was probably punishment enough. I think my parents believed that if they set a good example for me, they would earn my respect and I would not want to disappoint them later in life when there were plenty of opportunities to make wrong turns. We have tried to practice this same philosophy with our own children and, so far, it has worked. I always fear for kids who lose respect for their parents and therefore would not hesitate to disappoint them.

A little later and while still a student at Lincoln Park school, a friend and I got into some big trouble, giving me an opportunity to learn another lesson. Some older boys, who were strangers to our neighborhood, were trying to push us around as they were delivering some type of political circular door-to-door. To get even, we decided that we would go behind them, pick up the circulars off the porches, and throw them away. Believe me, at that age we had nothing against the candidate and did not even know who he was until he suddenly appeared in my living room. I received another cross-examination from my mother and quickly confessed and ratted out my buddy. Back to the yard for a switch and another good lesson learned.

My next lesson came on a Sunday afternoon after church. My family had taken my grandparents to eat lunch in a restaurant, and my mother was explaining from a menu what my Papa Pryor could order, when I thoughtlessly blurted out, “What’s the matter, can’t he read?” That may have been the most hurtful thing that I have ever said to anyone in my life. I was told later how hurtful it was because, no, he couldn’t read, and I didn’t know it. My grandfather was born in Calderwood below Maryville and was adopted as a child. He courted my grandmother around the Carpenters section of Blount County, and after they married, he worked as a custodian in a school and later for the Southern Railway at John Sevier Yard. He was a short, stocky man with a great sense of humor, and he was particularly fond of me. He had worked as a child, had not received an education, and to my dismay had never learned to read. As a child, I assumed every adult knew how to read, and I remember crying that Sunday afternoon at the very thought that I had carelessly said something that hurt his feelings. It is a lesson I will never forget, and since that time I have always tried to guard against assuming anything before I shoot off my big mouth with something that could be hurtful or disrespectful. No switch was necessary to help me remember that lesson.

Like almost everyone, I learned all of these lessons before I was twelve, and they have guided me for a lifetime. I am from a wonderful place where honesty and the way you treat other people are important. I’m baffled that I now find myself in a world where people who are supposed to be intelligent role models and leaders lie with impunity and spew hateful words about and directly to their adversaries.

Regardless of our differences in matters of politics, religion, or lifestyle, we all should insist on honesty from our elected officials and people privileged by power. George Washington is considered our greatest president because, in part, he could not tell a lie. I remember in the second grade painting a picture of ole George holding a hatchet and standing next to a tree with red dots for cherries. Our current president reportedly has told over 6,000 lies or misrepresentations in his first two years in office. Someone is keeping count, and before the midterm elections last November he was lying at the rate of 30 per day. I highly suspect that President Trump’s mother and father failed to teach him the lessons the rest of us learned as children, and switches were probably not a part of his youth.

Both the conservative right and the liberal left spent millions of dollars advertising lies about each other during the last election, and even our church leaders disappoint us with coverups. I read in the paper about the TVA coal ash cleanup and how evidence has proven that the corporation in charge of the project repeatedly lied to workers about the dangers involved in coal ash exposure. These corporate lies have apparently resulted in considerable illness and death. The same type of wrongs have been committed by those responsible for managing Pilot Flying J. Our prized corporate citizen has admitted trying to get away with over $50 million stolen from its most loyal customers. The company and several executives admitted wrongdoing, and others have been found guilty and are on their way to prison simply for cheating and telling the type of lies my parents warned me about when I was in elementary school. No doubt, these corporate leaders missed their lessons in truth and honesty and could have benefitted from an occasional trip to the yard for a switch.