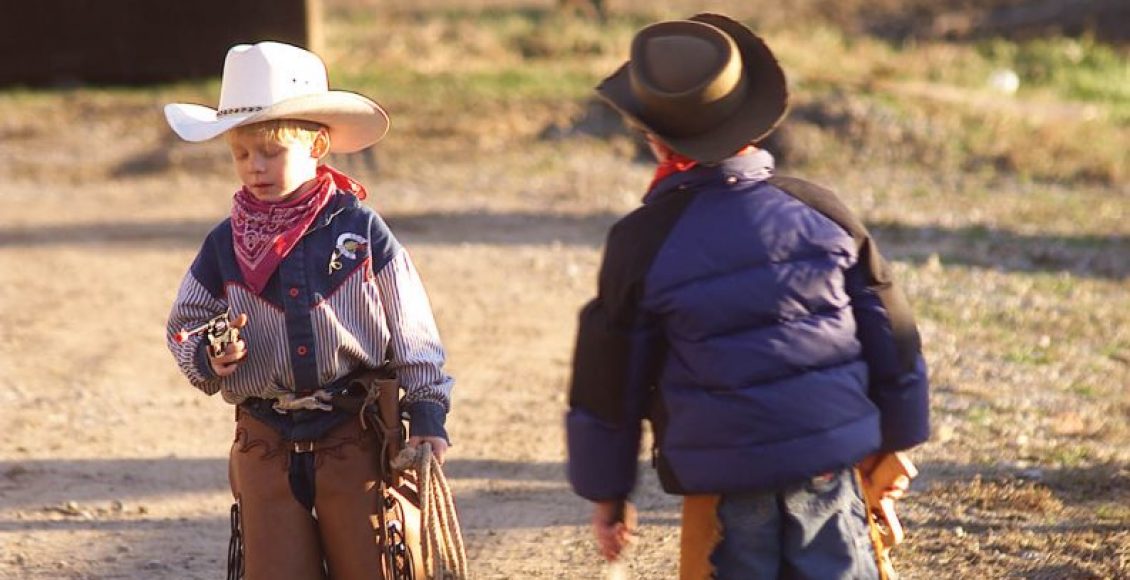 Drawing a line in the sand on a year-long debate

I’m no stranger to a face mask. I wore one practically every day from 1949 to 1953. The cowboys of Lincoln Park voted me the best “bad guy” of all time and made me the perpetual outlaw. Among my bad acts was daily robbing the stagecoach, making it necessary for me to run from the sheriff and his posse. I was chased down Freemason Street, back up Farragut Avenue, and all over Sharp’s Ridge, and I never once dared to remove my bandana mask for fear my true identity would be revealed. At the Broadway Theater, all movie cowboys wore bandanas around their necks, but only the bad guys pulled them up over their noses and mouths converting them into a mask. That helped distinguish the good hombres from the outlaws. I’m sure that’s why the mask mandate of the pandemic has really been no big imposition on me. It’s like I’m still being pursued by my childhood pals shooting with our cap guns and riding our make-believe horses by running in a gallop holding invisible reins with our left hand while slapping our hip with our right hand.

When we were finally told last year that we were in the throes of a COVID-19 pandemic, my family and I had no problem taking precautions. Wearing a mask didn’t bother me—after all, I had experience. However, many refused then and now to follow precautions, especially wearing a face mask in public. I have often wondered why intelligent people would ignore such a simple precaution. I must say, I am sympathetic with most non-believers because the virus risk was “downplayed” in the beginning of the health crisis and, as late as April 3, 2020, the President was advising the public that masks were an unnecessary option which he refused to recommend or follow. You will also remember he stated it would be all over by May. Today, we apparently still have many who are “confused” about the need to wear masks. Maybe they stopped following the COVID-19 news and escalating hospitalizations and deaths after April 2020.

Others, I understand, reject masks because they do not look attractive in a mask, or some men feel they are not masculine enough. I don’t think anyone loves masks, but most are willing to make the sacrifice. Everyone I know will be happy when they are unnecessary. Some, like me, have a perfect face for a mask. The more I cover, the better I look.

Of course, there are those who refuse to wear a mask because they see the pandemic as a fraud and a conspiracy of big business and elitists to destroy small business and non-elitists. Some believe it to be a government conspiracy to violate our civil liberties, and they have argued that the reported spikes in infections were simply the result of increased testing, insisting that if we stop testing the infections would disappear. I recently have learned that some non-believers are refusing to take the vaccine believing it to be more deadly than the virus. While each of these theories has been advanced, it is understandable that some of us have been deceived and refuse to trust experts.

Admittedly, wearing a mask every day in public is a real bummer, but I’m proud to say that I’ve done well except for occasionally going the wrong way in the new one-way grocery aisles and occasionally forgetting my mask when I get out of the car. Of course, they fog up my glasses, making it a challenge to walk around in Kroger. Sometimes I think walking in a fog may be more dangerous than the virus. At our house, our decision to wear masks during the pandemic was an easy one for several reasons.

For one, the recommendation came from smart people. We followed the advice of experts from leading medical institutions and people with years of experience working in the fields of public health and infectious disease. We rejected the advice of unqualified people like those who got into college by hiring others to take their admission exams and those whose medical experience was limited to the field of reading x-rays. Of course, everyone has to make their own decisions, but if the guy refusing to wear a mask also thinks drinking bleach might be a good way to prevent succumbing to a deadly virus, you might want to look elsewhere for guidance.

My second reason is that I don’t want to die. Worse yet, I don’t want to kill other people, especially my own family and friends. At near 600,000 deaths in the U. S., we know the virus is deadly to many who contract it, and I have been near some of them. Did I give it to someone not knowing I was infected? Did I do all I could to prevent the spread of the virus? I know I’m high risk if I contract COVID-19. I know that because every time the news programs show seven or eight doctors and nurses gathered around a dying man in the ICU, he looks just like me.

The third reason I wear one is because our nation has a crisis, and to be a good American we all have to step up and grab a bucket to help put out the fire. We need to be good neighbors just like when we step up in times of disasters, death, and war. Hopefully, the pandemic will be over soon, and we can celebrate the victory and our contribution to it.

Finally, to go out in public without a mask is rude and insensitive to others.

We all realize that there may be those with health situations that make wearing a mask prohibitive. I am sure that’s not just an excuse for many. In that case, group situations should be avoided as much as possible, but masking should never be avoided for political reasons. Politicians, however, have made it political. Dr. Fauci says “mask up” and our elected leaders say “mask at your option and remember next election (if you live that long) that I’m the guy that didn’t make you wear those stupid things.” We, the people, have been left to our own devices.

Although I’ve heard stories of mask confrontations in stores and restaurants, I never witnessed such a situation until recently. I drove to my favorite wing place one evening to pick up our online order. The parking lot was full, and I had to park quite a distance from the restaurant. As I approached the front door, I noticed a bearded man standing on the sidewalk. He had no mask, causing me to immediately realize that I had forgotten and left all seven of my cloth masks in the car, including the one that says, “No. I’m not George Clooney.” Because I was in a lazy mood, I didn’t want to walk back to my car, so I decided to stick my head in to announce that I was there for the pickup, but would wait outside since I had no mask. The lady at the door was adamant that I could not come in without a mask; out I went to wait. To my surprise, I am now in exile on the sidewalk with a non-believer and soon-to-be forced to discuss the mask conundrum. “They ain’t nuttin’ but a dictator in there,” says my new maskless friend. This surely will challenge my diplomatic skills, I think to myself, understanding that he is rebelling against being asked to leave the restaurant because he refused to wear a mask. “Well, it is their business,” is my best retort. “When you own a business, I guess you get to make the rules,” I tried to explain thinking him to be devoted to our free society. After all, nothing is more emblematic of a free society than an owner or operator of a business establishing a non-discriminatory dress code. Of course, nothing is discriminatory about a business mandating a mask for entry.

He then clearly described to me his frustration. “I’ve got rights,” he began. “Nobody can tell me what to wear and I ain’t wearing no mask for nobody.” Okay, I get it now. This guy has a problem playing with others. I’ve known many like him in my lifetime. These are the guys who only think of themselves and who believe they are above the rules. They were selfish as children and care very little about the greater good as adults. Their mothers told them they were special, and, unfortunately for the rest of us, they believed it. You can spot them by their aggressive driving, their parking habits, and in the disrespect they show toward authority, traditions, and our shared destiny. Against my better judgment, I couldn’t resist. “You’re right about that,” I humored him. “They’re dictators, all right. Did you know I came over here last week buck naked and they threw me out? I’ve got my rights, and I’ll wear or not wear what I want to.” In the silence that followed, I thought to myself, was this guy also opposed to the encumbrance of speed limits, red lights, and non-smoking rules? Did he customarily take two parking spaces and break the line to pay cashiers? Is he the kind of man who would make a sport of being rude to waitresses? Fortunately, his wings were politely delivered to him on the sidewalk, and he walked away into the night.

Mask up, everybody. If not to protect yourself, but to protect the rest of us until, hopefully, we are rescued by the vaccine.