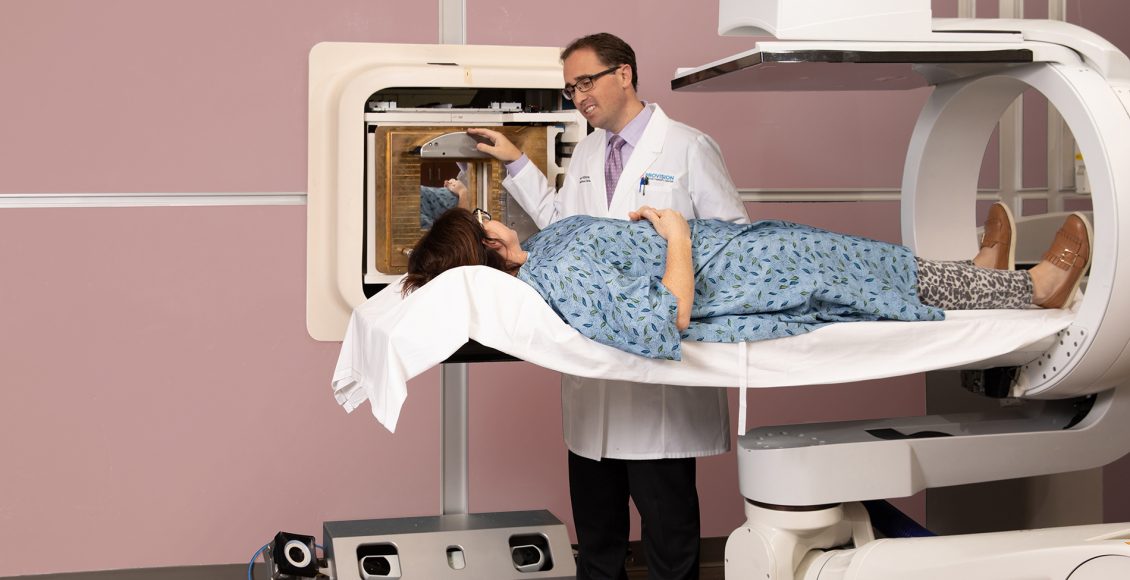 Advances in breast cancer screening, treatment put Knoxville ahead of many cities

When it comes to breast cancer detection and treatment, Knoxville outpaces many cities many times larger. At two centers in the Dowell Springs medical complex off Middlebrook Pike, cutting edge technology offers assurance that a diagnosis need not be a death sentence.

Of primary importance in combatting breast cancer is an annual screening, says Dr. Kamilia Kozlowski, who founded the Knoxville Comprehensive Breast Center in 1983.

“The biggest risk factors for breast cancer are being a woman and getting older. So the best thing is to start screening at age 40 and to screen yearly with mammography. Know your breast type – if you have a dense mammographic pattern, have additional imaging, such as a breast ultrasound,” she says.

“The average doubling time for a breast cancer is one year, so the proper timing for screening is annually.”

Here are some of the newest technologies available in Knoxville to help with detection and treatment.

Cone beam CT scans of the breast allow for true three-dimensional views of breast tissue without the discomfort of compression.

“We’re all familiar with CT scans of the body; we’ve had 3D imaging of the head, chest, and body since 1980, but not the breast because it was also going through the thorax,” Kozlowski says. “Cone beam CTs use a technique and technology that was devised about 1996, but KCBC is the first breast cancer treatment center in the U.S. to have an FDA-approved commercialized unit.”

Cone beam breast CTs with iodine contrast provide functional imaging that can determine if there’s activity in the breast that wouldn’t show up with mammography or ultrasound. It’s often used with women who have already been diagnosed with breast cancer or those at high risk. It’s also useful with patients with claustrophobia, pacemakers or metal implants who can’t have MRIs. An MRI can take 15 to 30 minutes, Kozlowski says, while cone beam CTs take about 10 seconds. It’s also less costly, she says.

Cryoablation – or tumor freezing – is an option for patients with small, early-stage cancers. It is used to treat tumors that are less than 1.5 centimeters and is done in the office under local anesthesia. KCBC was part of the first cryoablation trial, and since then, Kozlowski says, the center has cryoablated more than 60 breast cancers over the last three years. So far, there have been no reoccurrences of cancer.

“It takes about 20 minutes, and some women go shopping afterward,” she says.

Kozlowski emphasizes that tumors must be early-stage and small for this treatment to be an option. “That’s why yearly breast imaging is so important.”

Reconstruction at the time of surgery

Surgical oncologist Dr. Danielle Duchini brings to KCBC the possibility of having cancer surgery and reconstructive procedures at the same time.

“Women can feel comfortable having a lumpectomy or even mastectomy and come out feeling whole,” Kozlowski says. New techniques allow the surgeon to enter the breast along a fold or plane where the scar is not seen. Sometimes both breasts are treated so they are even.

“The breasts look very similar to prior to surgery,” she says.

KCBC installed its first 3-D mammography unit in August. The digital unit takes multiple images of the breast at different angles, allowing doctors to look at different sections and planes of the breast. Stitching those images together creates a “quasi-3-D image,” Kozlowski says. It is especially helpful for women with dense breast tissue, in which cancers can easily be overlooked.

“Cancer is seen as white on a mammogram, and dense breast tissue is white. Cancer can be missed 40 to 50 percent of the time. This is an extra tool to find these cancers.

“With everything we have now, we don’t have to die of this disease,” Kozlowski says. “We can live. We have women who still come in with such advanced breast cancers that our options are very limited. All you have to do is come in and have a yearly screening.”

For women under 40, Kozlowski recommends regular self-exams. “If you have a strong family history, you’ll want to have screening. If your mother was in her 40s when she had breast cancer, start screening in your 30s.

“Breast cancer is the number one cancer in women, but it is very treatable. You don’t have to think of being deformed. You can lead a happy life.”

Just across the parking lot from KCBC, Provision Healthcare of Knoxville is using targeted proton therapy to treat breast cancers. Since the center opened in 2014, it has evolved from offering uniform scanning to a pencil beam procedure that accurately pinpoints radiation delivery while avoiding healthy tissue.

“With pencil beam scanning we have the ability to pinpoint and deliver 5-millimeter spots of proton therapy in much the same way that a 3D printer works; we can spend more time on certain areas and less on others,” Wilkinson says.

“We also have an increased awareness of the importance of treating the lymph nodes, even if they look normal on an MRI or CT scan. They can include microscopic disease that, if left unaddressed, can be the source of a reoccurrence. Because some of the lymph nodes are close to the heart, esophagus and thyroid, we have the ability to sculpt the radiation away from those areas, and that decreases side effects.”

One of the big challenges with proton therapy is its cost – and some commercial insurance companies’ unwillingness to cover the cost of the treatment. While Medicare covers proton therapy for its enrollees, other companies have been slow to join in, though progress is being made.

“Because of the amount of equipment and expertise that goes into the delivery of proton therapy, it does come at a higher cost,” Wilkinson says. “Insurance companies look at that amount and want to have a choice of whether they offer it to their subscribers. If you can show a difference in the dose delivery, United HealthCare will cover it; that’s a significant step forward. We’re hopeful that Blue Cross Blue Shield will adapt their policy over time; starting in 2020 proton therapy will be an option for state employees if we can treat in fewer treatments than traditional radiation.”

Knoxville was the 12th city in the U.S. to get a full-functioning proton therapy center, Wilkinson says, and now there are 32 centers nationwide. “We’re very fortunate to have this technology in East Tennessee. Denver, Austin, San Francisco, New Orleans, Charlotte – none of those cities have a proton therapy center. And ours came before both Atlanta’s and Nashville’s. The reason is our founder, Terry Douglass, did his training and initial work at UT and Oak Ridge. He and his team developed the PET scan, and that led him to being able to found Provision.”