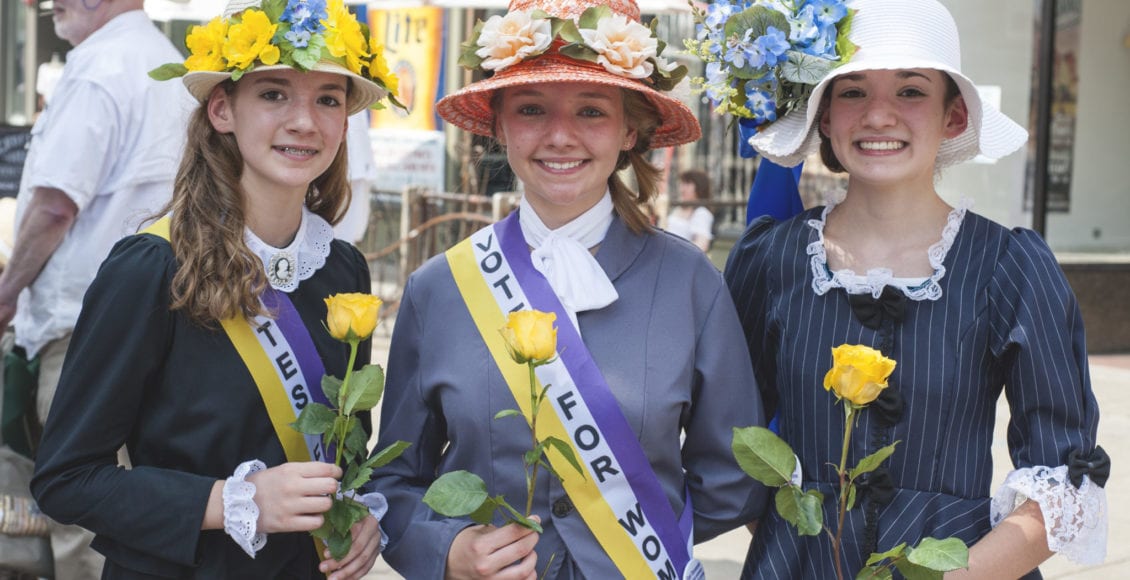 East Tennessee is known for many things: The Great Smoky Mountains, The University of Tennessee, Dolly Parton’s birthplace, and Oak Ridge National Laboratory, just to name a few. However, if someone is to know anything about East Tennessee, they should know the role it played in every American woman’s right to vote. One loving East Tennessee mother and a son who heeded her advice forever changed the electorate of The United States with the adoption of the 19th Amendment in 1920.

I was in junior high when I first heard the incredible tale of Febb and Harry Burn. I was lucky enough to have an English teacher who valued learning and the thirst for knowledge above her lesson plan for the day. We were encouraged to ask questions and have conversations, and through this classroom style I learned many tidbits of history and science that have shaped my life as an adult. It was in this classroom that I discovered the role that our part of this country played in establishing my responsibility as a voting citizen.

The right of an adult American citizen to vote seems like common sense. But it was less than 100 years ago that women’s suffrage was a fiery and controversial topic in most circles. Men and women argued for both sides of the topic and had been protesting since the 1820’s. Some even suffered violence for the sake of the cause. There were strikes, marches, summits, rallies, and letters inflaming the whole country with the radical idea of a woman having the right to cast a vote on an election day. What would such freedom and individualism lead to? After years of this conversation shaking the country, the 19th Amendment to our Constitution, as prescribed in Article V, was “proposed by two-thirds of both Houses” of Congress in 1919.

But that wasn’t the end of the road. In order for women to receive the right to vote, the 19th Amendment needed to be ratified by “three-fourths of the several states.” Many supporters of women’s suffrage depended on the northern states of our country to win ratification, but surprising losses left suffragists hoping and praying for better results in the South—where the majority of their opposition lived amongst the Democrats at the time.
Many of the southern states had already declared their opposition, and Tennessee became the final battleground for ratification. President Woodrow Wilson convinced Governor Albert Roberts to call a special session in Nashville. The conventional political wisdom of the time in Tennessee had indicated that the state would vote to oppose ratification. Supporters from all over the state wrote their representatives to try their best to convince them to vote for ratification. Representatives in favor of ratifying the 19th Amendment wore a yellow rose to advertise their support, while those who opposed wore red.

One 24-year old politician from McMinn County in East Tennessee wore a red rose for the sake of his career. He felt his constituents wished to vote against ratification and didn’t want to disappoint at such an early stage in his career, no matter what his personal feelings about the subject were. But on August 18, 1920, when there was a tie in the vote, Harry switched his red rose for a yellow for one very important reason: the voice of his mother. He read aloud a letter he had received from her in the midst of a crowd of politicians on the verge of riot:

…Hurray and vote for Suffrage and don’t keep them in doubt. I noticed Chandler’s speech, it was very bitter. I’ve been waiting to see how you stood but have not seen anything yet…. Don’t forget to be a good boy and help Mrs. Catt with her “Rats.” Is she the one who put rat in ratification, Ha! No more from mama this time.

With lots of love,

With this decision, Harry Burn broke the tie in the last state to vote and the 19th was officially ratified. While it led to a physical riot, he stood his ground and remained firm on his decision, and women across the country gained the right to vote.

The Suffrage Coalition of Knoxville, TN has dedicated time and resources to the memory of the suffragists of Tennessee. A life-size, bronze memorial was erected in August of 2006 in Market Square to forever memorialize the Tennessee women who fought so long and so hard for women’s suffrage in America.

On June 9, 2018, the Suffrage Coalition unveiled their latest project: a statue commemorating Febb and Harry Burn’s essential role in the ratification of the 19th Amendment. They celebrated the occasion with a suffrage parade amidst chants of “votes for women,” speeches, and an official unveiling of the statue of Febb and Harry Burn installed in front of the East Tennessee History Center in downtown Knoxville.

This amazing piece of history has stayed with me throughout my life. Every time I step up to a voting booth I remind myself of the fight that was fought by others so many years ago in order for me to have my right to vote. I encourage myself, and others, to always take a moment and honor each woman who sacrificed so much in the fight for women’s suffrage. There are so many who were thrown in prison and sacrificed comfort and reputation so that we might have the right. Such an honor is not to be taken lightly. It is a duty never to be treated flippantly. Voting is more than just selecting a name on a list of candidates. Every time I go for stroll through downtown Knoxville, I will now be reminded by the smiling face and reassuring hand of Febb Burn—who will now be honored every August 18th on Febb Burn Day— that voting is a beautiful privilege I will always cherish with responsibility and confidence.

When she isn’t working as Visual Coordinator for Young-Williams Animal Center, Hannah is dreaming up a seemingly endless plethora of new ideas and adventures. If she’s not thinking up a new way she could make apple pie even better than it already is, she can be found perched near her cat reading one of her many favorite books, trying her best to write a new one, or watching the same sitcoms on Netflix over and over again. Hannah also enjoys trekking to the mountains in Thoreauvian fashion from time to time—with her camera, favorite people, and no agenda in tow.