My auto mechanic recently said he thinks the Earth is flat. I was gobsmacked. What do you say to a flat earther? 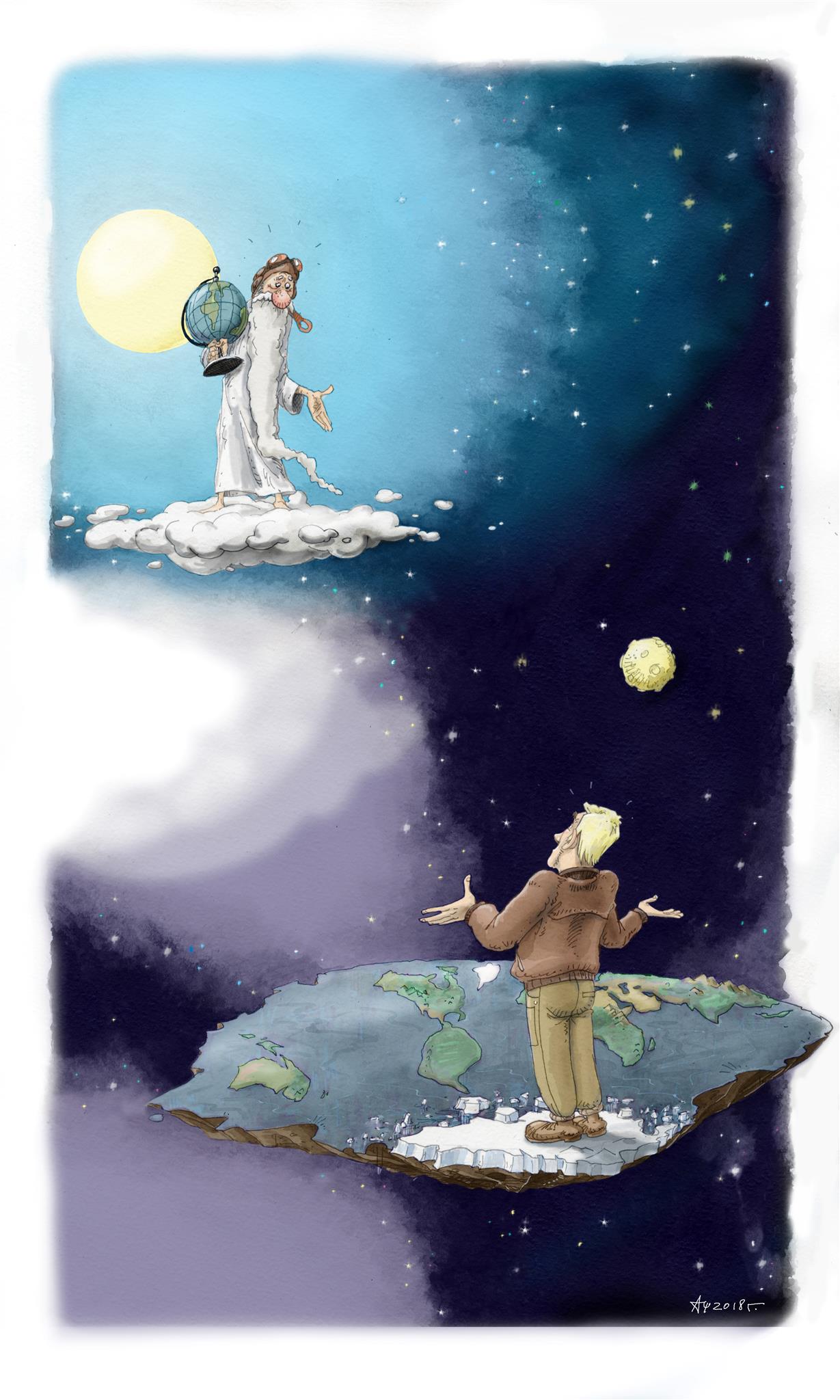 One of the Knoxonomist’s buddies  is a flat earther, so he feels your pain. George also believes the moon landings were faked, suspects the government was behind 9/11, and knows that Shakespeare is really the Earl of Oxford. One fine day, the Knoxonomist tried to reason with him.

“What do you make of all of those photos from space showing a round Earth?”

“Faked,” George said. “If Hollywood can make a man fly by swinging a hammer, the government can certainly fake a photo of a spherical Earth.”

Hmmm. The Knoxonomist tried again. “Why do we have night and day if the Earth isn’t turning on its axis?”

“It’s the sun that moves,” he said. “In a circular motion above the flat Earth. You can find an animated model on YouTube.”

“Well, then, what evidence do you have that the Earth is flat?

“Go to the beach,” he said. “Hold a ruler up horizontally to the horizon on the ocean. Does the horizon curve? Nope, the Earth is flat. Wake up! Trust your senses, man.

This went on for weeks. Finally, to his shame, the mischief got into the Knoxonomist.

“The issue is moot. There is no Earth.”

“You’re standing on it!”

“ Do you think we’ll eventually be able to make a virtual reality indistinguishable from ‘true’ reality?”

“Eventually, sure,” he said.

He took a long pull from his cold one. “I suppose so.”

“And while there is only one real reality, there could be many virtual realities?”

He conceded the point.

Now for the clincher. “Then it follows that we are most likely living in a virtual reality.”

He didn’t speak again that night; he went home early. But the Knoxonomist got little satisfaction because now George goes on and on about his new favorite topic about how we’re living in a simulation.

But back to your mechanic. Unless you are prepared to go the distance, just nod politely when he suggests the Earth is flat. It’s not any crazier than believing that Aunt Petunia’s rhubarb pie is the best in all possible worlds.