“I have recently received a subpoena filed by my neighbor summoning me to court for my dog running loose. I am concerned they will take my dog and do God knows what…” —Dennis 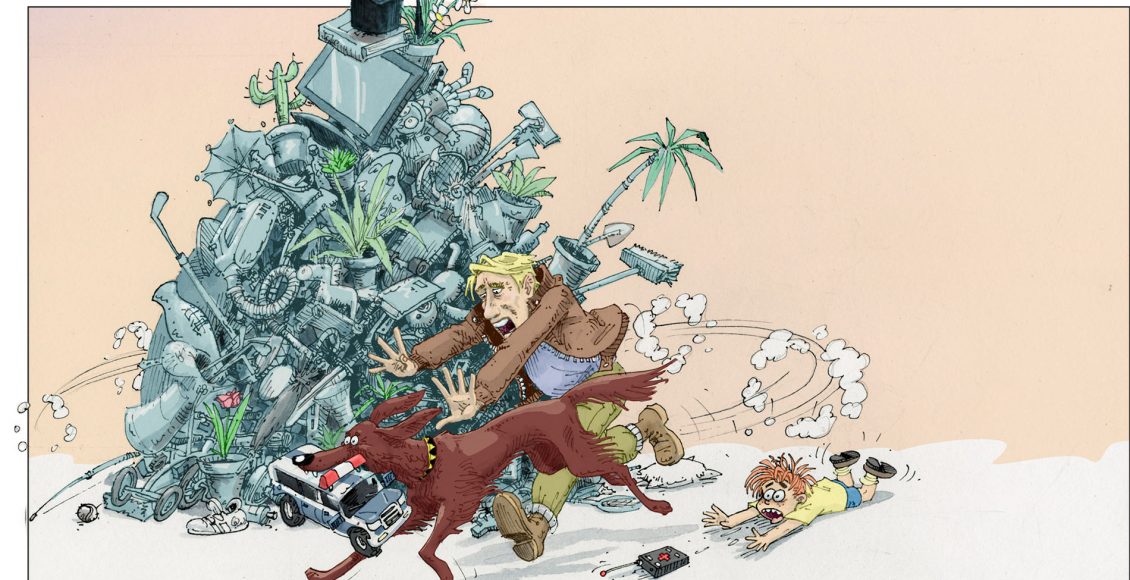 The Knoxonomist can relate to your fear of the legal system. To the outsider the system certainly seems rigged in favor of the lawyers, and without one you are most certainly, well, going to learn a lesson the hard way. So, in a moment the Knoxonomist will opine, as the lawyers say, on how you should proceed, but first he sees need for a historical account.

‘Long about when he was 12 years old, the Knoxonomist recalls a police car arriving in the driveway. The young officer stutteringly apologized for having to deliver what he seemed to think was a ridiculous subpoena for our appearance in court. The charge was “Dog at Large”. The Knoxonomist wasn’t sure exactly what that meant but it struck fear into his heart for the safety of his furry canine friend.

The Knoxonomist would have to admit that the Irish Setter was a little on the goofy side, deriving pleasure from carrying home anything from a neighbor’s house: sheets, shoes, golf clubs, and, on this particular occasion, about 36 freshly purchased flowers. The family attorney was called in, and we prepared our defense.

The day in court came soon and the 30-odd cases before us, all for public intoxication, were all found guilty. The Knoxonomist’s heart sank. The only word this judge knew was guilty. And then there we were, my little brother testifying of his love of the dog and its need to run and exercise. Then the neighbor lady took the stand—with a notebook. She had been making notes of every day and event and, as her testimony reached its climax, she stated that our dog even chased her cat!

Things took a wild turn at that moment. The judge had had all he could take. THE COURT WILL ACKNOWLEDGE THAT DOGS CHASE CATS, he roared. And furthermore, he said, I have heard all of this that I care to endure. This case is dismissed, and I want you people to settle this amongst yourselves as I do not want to see you back in here—ever!

The Knoxonomist will never forget the sound of that gavel ringing out the finality of the verdict. The neighbor’s son jumped up and questioned the judge’s decision and was asked to leave or be held in contempt. The family attorney suggested we head out quickly and, well, the rest of the story is too racy for this venue but the Knoxonomist will be at his regular bar soon and he can fill you in on the rest of the story over a cold one.

Hitting the Road in Droves