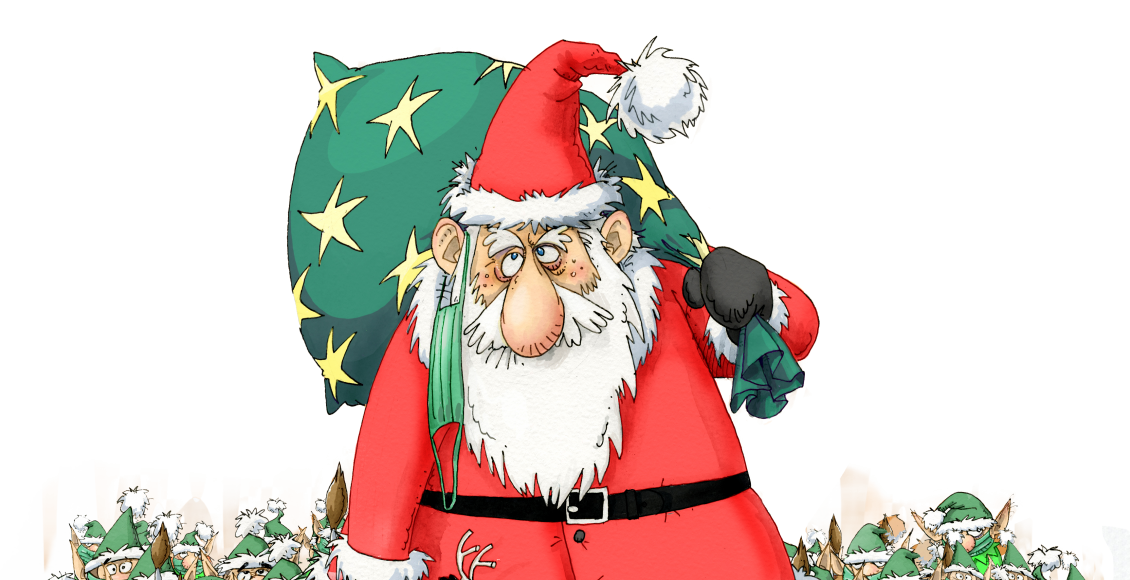 “I’m the parent of a 6-year-old who’s worried whether Santa Claus will be able to deliver toys on Christmas Eve. What would you suggest I tell him?” — Holly

The Knoxonomist knows Santa will be up against some tough odds this season, but let’s try to put your child at ease. After all, the notion of Santa is one of a child’s most precious experiences.

Part of the Christmas magic makes Santa and reindeer alike immune to all sickness, including COVID-19. So there will be no issue of his reindeer having to be properly distanced for rooftop landings. Thank goodness Rudolph’s red nose will not be covered in a mask.

There are complications in Santa’s workshop this year as some of the elves are working from home and that has slowed down the production line. The elves who assemble the toys have to send them about with the North Pole Package Service (NPPS), (notoriously unreliable due to the reindeer union’s constant bickering over break time and gourmet hay breaks) to other elves who paint them, who in turn have to ship them to the elves who pack Santa’s sacks. The Knoxonomist, who is well-versed in package logistics based on his seasonal jobs as a youth at the USPS, UPS and Federal Express, knows that adding this sort of complication to an otherwise already complex system is like dropping a wrench into a finely oiled machine.

The Knoxonomist sympathizes with ol’ Saint Nick. The Zoom calls between his helpers have surely tested his Christmas spirit as well as his patience. Perhaps the Knoxonomist will send Santa some Cliff’s Notes on how to mute the little hellions. The Knoxonomist has heard rumors that the elves are also busy baking bread and googling for goodness knows what when they should be making toys. This is undoubtedly causing massive data slowdowns on the Santa-net communication system. With an expected 110,000 elves on this year’s payroll, the Santa-net has surely slowed to a crawl. The Knoxonomist fears this will interfere with the children’s emailed letters to Santa. But the Knoxonomist believes in the magic of Christmas and that Santa will find a way.

Also, that naughty and nice list? This year, Santa’s probably looking seriously at safe practices. Has Johnny been washing his hands regularly? Is Suzie sneezing into her elbow? I expect these things will be high on Santa’s list when he decides who gets the lumps of coal this year.

In closing, the Knoxonomist recommends putting the milk and cookies out. Santa is surely on the way.